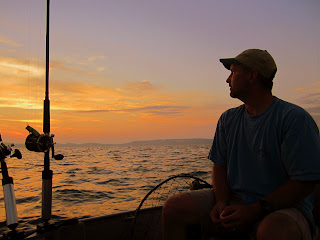 It’s been a while since I have put pen to paper for this blog. To be honest it certainly has been a nice venue for me to explore my literary and photographic aspirations. I understand the pleasure it brings to many as well as the void it fills in some peoples existence.  Not everyone is as fortunate and blessed to have the means to experience what they love and cherish to the extent that I have been. The problem is the efforts that go into documenting the outings that we all crave so much can be exhausting at times. 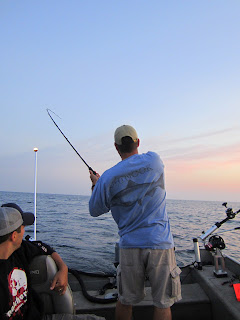 They may appear to be a few words scribbled down in text with some random pics of the day thrown in for visual stimulus but for any facsimile of quality there are some decent hours spent editing and fueling the creative spirit.  This coupled with the fact that I have a full time Career and Family life can make it tough.   By the time the steelheading season wraps up and the countless hours of neglected home work have amassed the material and desire to force a blog entry have all but diminished. Late spring turns into summer which inherently offers distractions of a different venue. 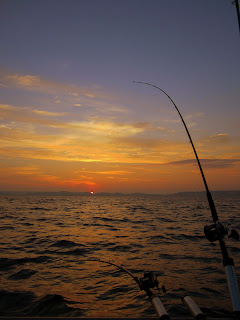 Life takes a moderate shift. In years past I felt an obligation and desire to keep the entries somewhat current but this year I was not about to force the issue. There was no imagery or adventure I saw fit or compelled to share. There was no drive to pursue material just for the sake of the blog. That is until a few weekend’s past and a trip to the Cabin with Norland. The offer of a guided Lake MI Deep-water Salmon adventure on JBR’s Blackwidow was too much to resist and the dates were penciled on to the calendar. The prospect of an extended guys weekend is always appealing but the added opportunity that JB so graciously put forward could not be passed by.
I had caught a fair amount of King Salmon in my day. Most of them in Rivers during their annual migration or out of my father’s fishing boat at the same times of the year. But until this weekend I had never experienced aggressively feeding Summer Kings out in the lake and I was really looking forward to it. 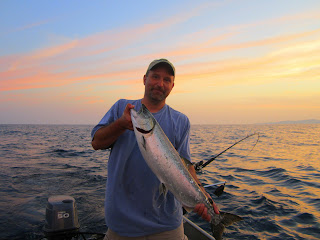 The times were agreed upon and saw us out of bed at a bright and early 3:00am. We wearily met up with our host at the Frankfurt Municipal launch by 5:00am. The number of truck and trailer rigs filling the launch parking lot made it apparent we had a shot at some decent fishing. After launching the boat we fell in line and taxied out of the harbor with a multitude of boats in all shapes and sizes. Passing the Coastguard station and clearing the Frankfurt break wall it was obvious we would not be fishing alone. For as far as the eye could see the bow and stern lights from a hundred or so Salmon fishing boats lit up the dark horizon. 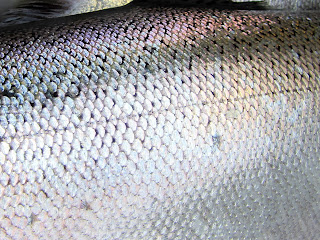 JB was quick to inform us that every majoy port south of Frankfurt would be the same all summer long. We motored out 3 miles to the “grounds” and began to set the gear in 120 FOW. JB informed us we would be running downriggers, Dipsy’s, and planer boards with copper and lead-core. The full gamut if you will in order to cover the bases. We had just nicely got one rigger set and the second one deployed when it was fish on!!!! I was up and after a healthy battle on the heavy gear a 7-lb dime bright Steelie was at the boat. 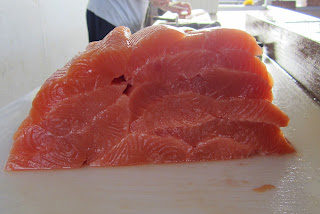 The sun hadn’t cleared the bluffs and the lines weren’t in the water for 10 mins and we had the first fish to the boat. JB reset the rigger rod and proceeded to set up the Dipsey’s and planer board rigs. He may have nicely gotten the 4th rod set when we were into another Steelie. For the next hour the rods were popping off consistently every 5 mins or so and we ended up going 8 for 9 with 6 healthy kings to the box, two chrome steelies released and one fish long line released. 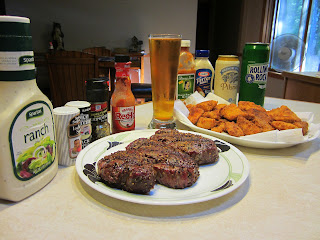 I can say without a word of a lie there was a brief moment when I was wishing for a break in the action as my arms were killing me. As I had previously witnessed in JB’s videos and now had experienced first hand it can get silly crazy out there. It’s a good crazy and I am so thankful to our host for his hospitality and my opportunity to experience it. I honestly can’t wait to do it again! Great Fishing, Great Friends, and Great Times! Damn I love Michigan!
Posted by lambton at Monday, July 30, 2012 7 comments: