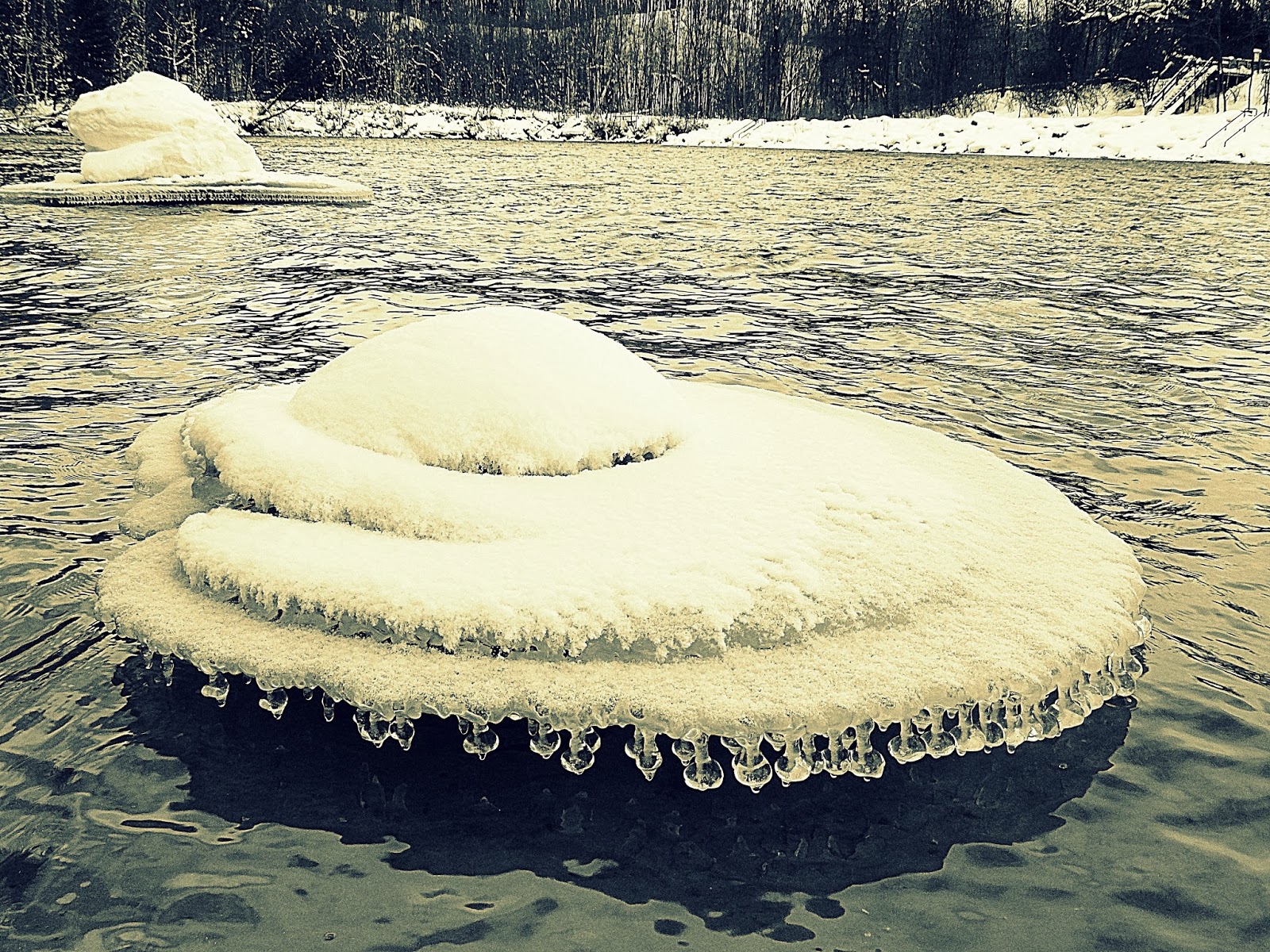 As fate would have it what is proving to be a reoccurring theme this winter forced my return to the cabin this past weekend.  A small water leak in the bulkhead over the kitchen counter reared it's ugly head earlier this winter.  I had hoped the purchase and install of some heat tracing on the back of the cabin roof would have remedied the ice daming and water backup issue on the roof  but it only seemed to half way resolve what is proving to be a daunting pain in my ass.  Prior to leaving our last stay I had placed a small bucket on the counter to capture the periodic drops hoping the leak would take up when the cabin cooled and the roof water refroze.  This manoeuvre proved to be a mistake as the thought of an over flowing bucket of water was ever on my mind during the work week.  I was hoping to stay home and enjoy a mild reprieve from the road but my internal thought processes were having no part of that.  With future commitments on the horizon and visions of overflowing water I planned a return trip with a friend from work.  Sledding and Steelheading was on the agenda with a side of "bucket checking".  Late Friday night and my fears were semi-realized.  There was no spillover but the bucket was indeed an inch and a half away from breach.  Luckily for me the roof refroze and the leak took up.  Plans were made for a leisurely Saturday morning in front of the woodstove with coffee followed by some afternoon Steelheading and evening Snowmobiling.  Sunday would see us tend to the roof.
The fishing was cold and proved to be a challenge but the Great Lakes Steelhead Co beads managed to persuade a few to hand.  It was one of the coldest outings I have fished this winter a really tested our commitment.  The evening snowmobiling was awesome.  The trails were prime and there seemed to be a lot of deer traffic out along the countryside.  The highlight was a stop in Brethren for a cold and delicious beverage.  Sunday was spent pulling snow off the back roof, revealing the suspected water ingress culprit and redeployment of the electric heat tape.  I will have to wait until spring or summer to finalize the fix but for now I'm confident I have it figured out.  Til then I have a rather large storage bin on the counter to quench my mental demons and any unforeseen rapid thaws. 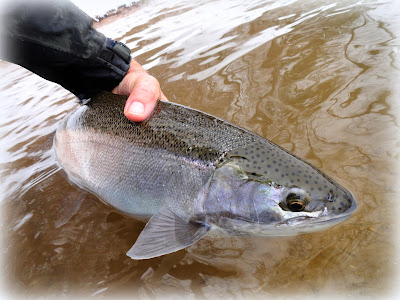 The cabin seemed extra cold this morning as I crept from the warmth of the bed. Friday's clear blue skies gave way to the doom and gloom of winter once again. There was a storm on the forecast and the dark grey skies gave a clear message that the snow was indeed on its way. I was on the fence as to whether or not I was going to hit the river but after my morning routine decided to don the gear hand make the trek. The access was surprisingly busy but once again my section of river was devoid of pressure. I fished the river hard for the first hour to no avail when another couple of anglers joined me. Their company forced my hand and I visited some water I had been to neglecting as of late mainly due to laziness on my part. The marabou wasn't producing today and neither were the money colour beads. I opted to tone things down and go with a more natural faint tangerine 10mm bead. After 4 fish in a matter of 30 mins I knew I had finally dialed it in. It was nice to figure it out and  find success in the extreme conditions. It just keeps getting harder on the body and I am now certain my wrist is screwed. First the right shoulder and now the right wrist. It sucks getting old but the allure of the river and these crazy fish won't keep me down.
Posted by lambton at Saturday, February 01, 2014 5 comments: