It's been a really challenging season... 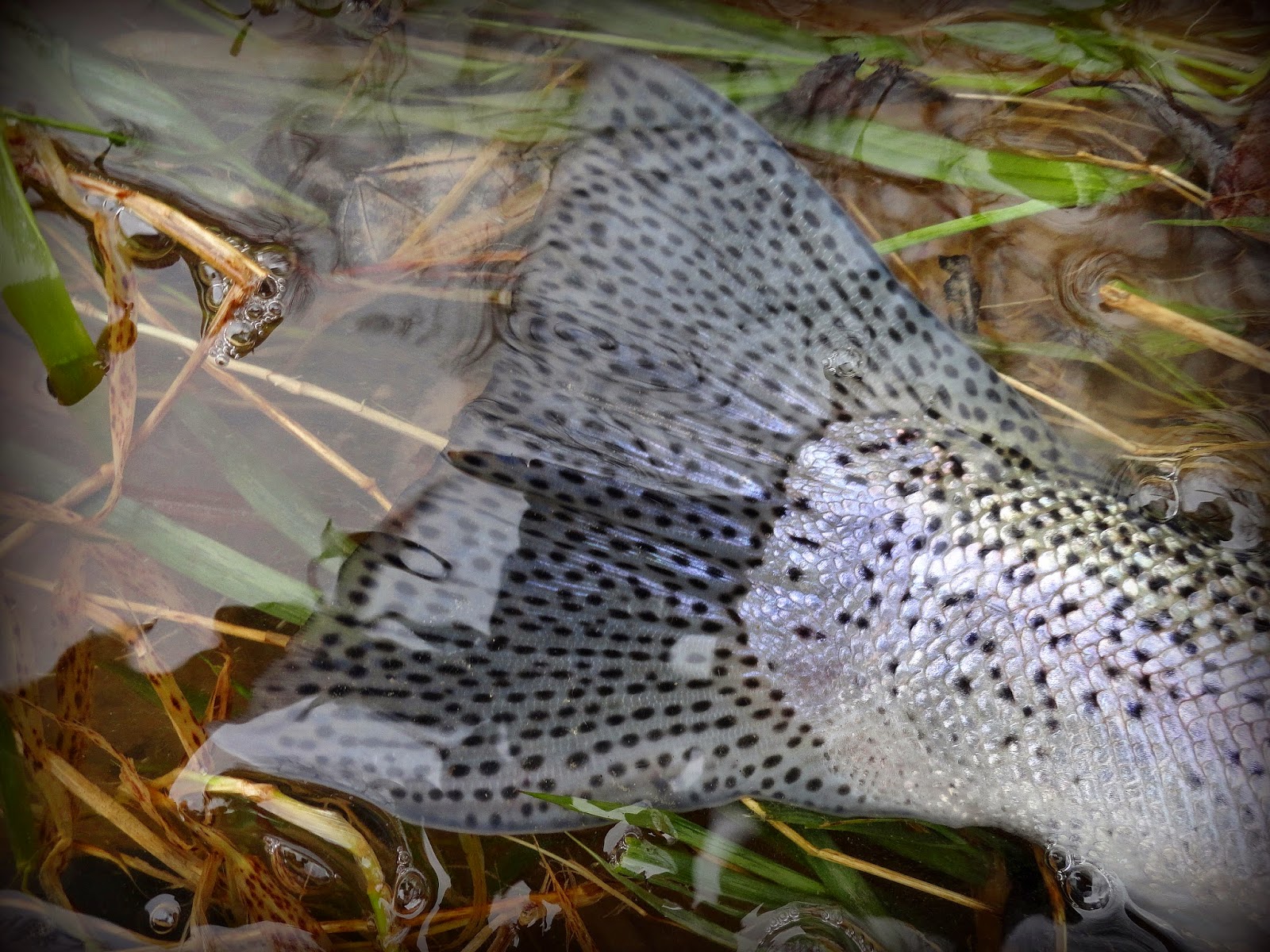 It’s been a really challenging season to say the least.  The long winter and late spring seemed to have taken a toll on the Lake Huron and Lake Michigan Steelhead fishery.  Outings that typically would have produced multiple returns left us scratching our heads with tails between our legs. 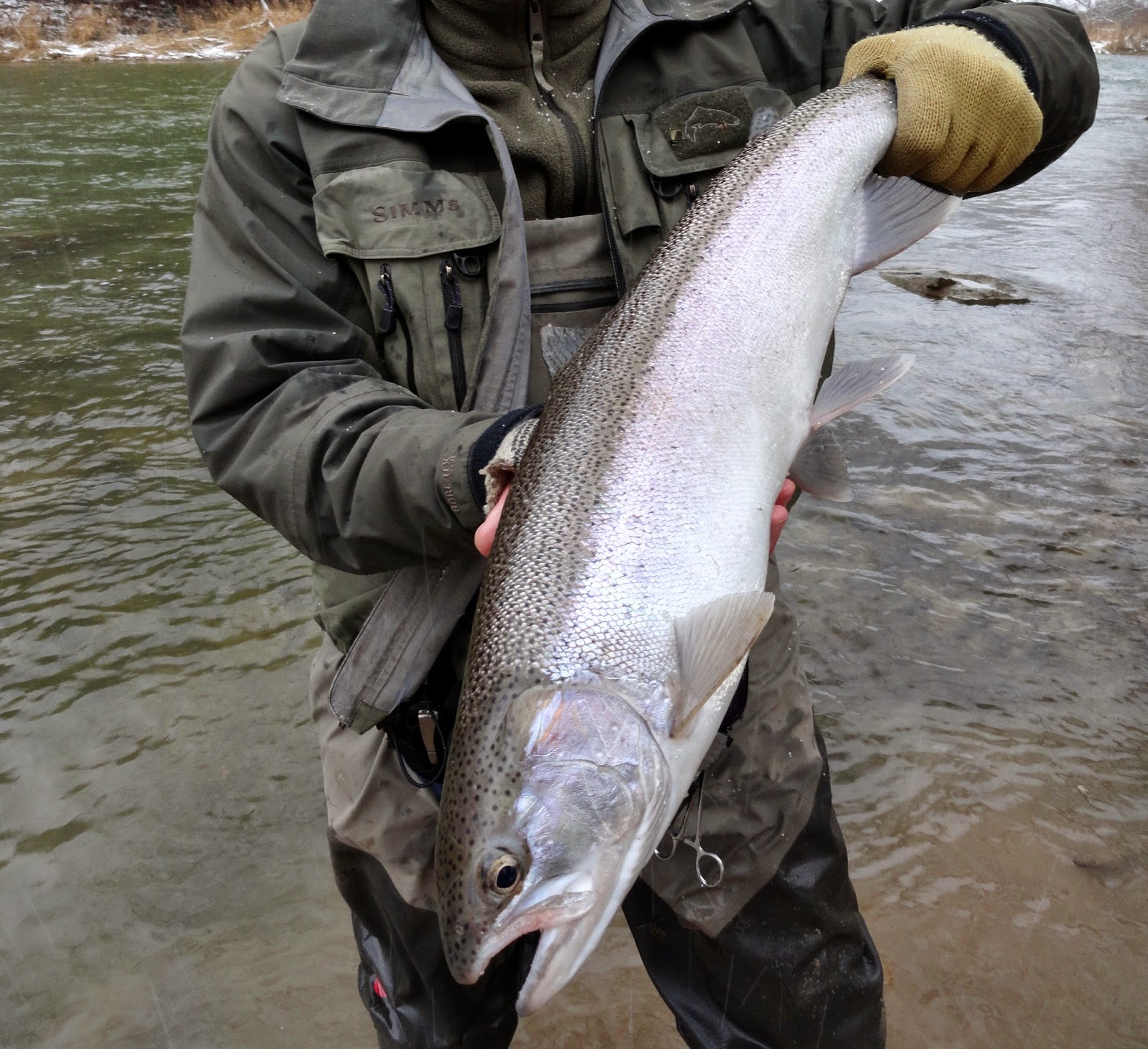 Theories abound as to which, where, why, and when the fishery will pop and it will be business as usual but we continued to wait for this to become reality. As with each facet of life confidence plays a major component in the success equation.
This season we have witnessed and experienced a degradation of this variable.  Water conditions and locations that we deemed “money” dealt us a humbling hike out of the river basin. 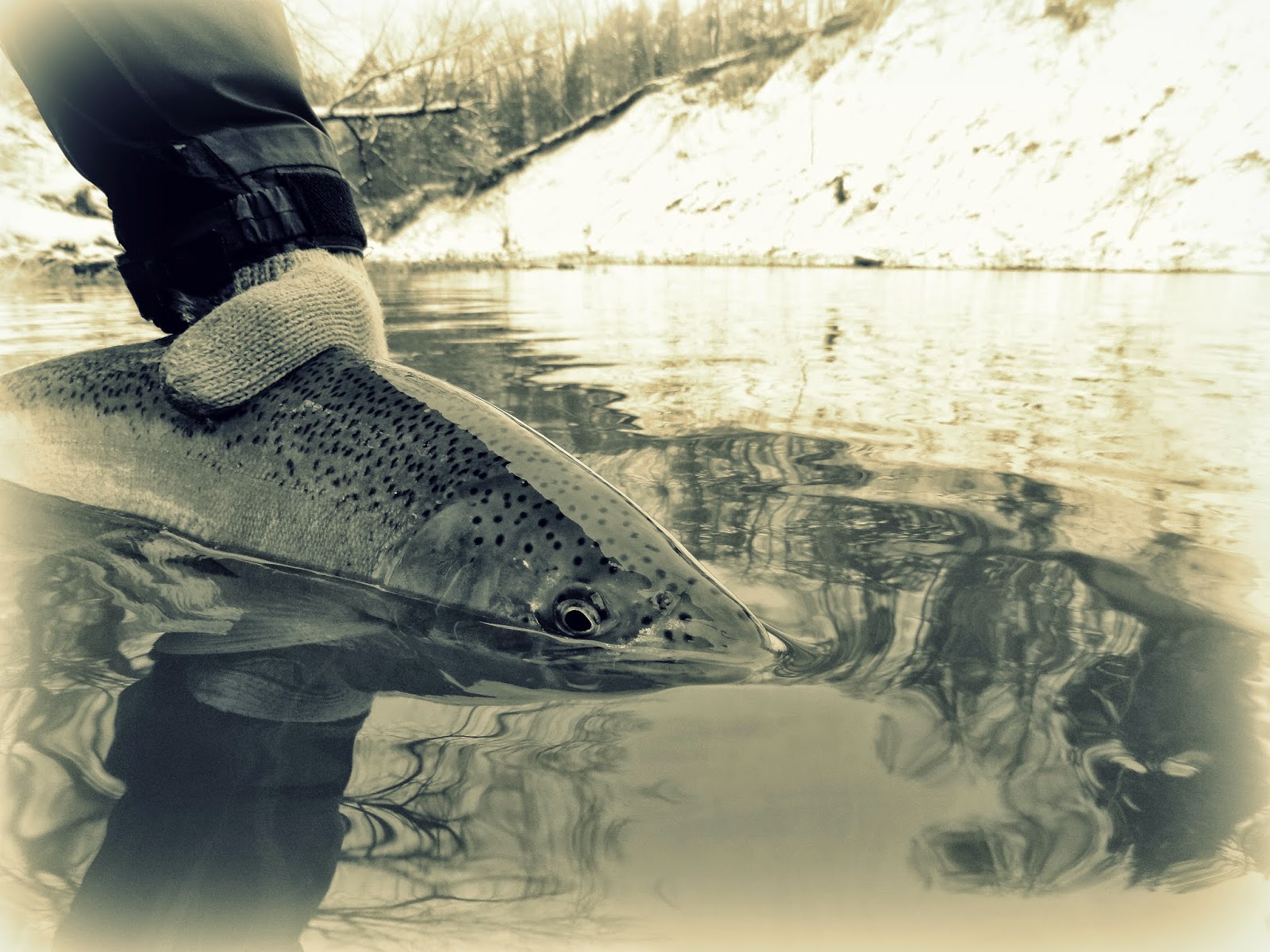 Fortitude and conviction also factor into the formula.  Multiple hours were logged drifting seams, runs and deep holes to no avail.  It seemed as though this may be the season that never was. 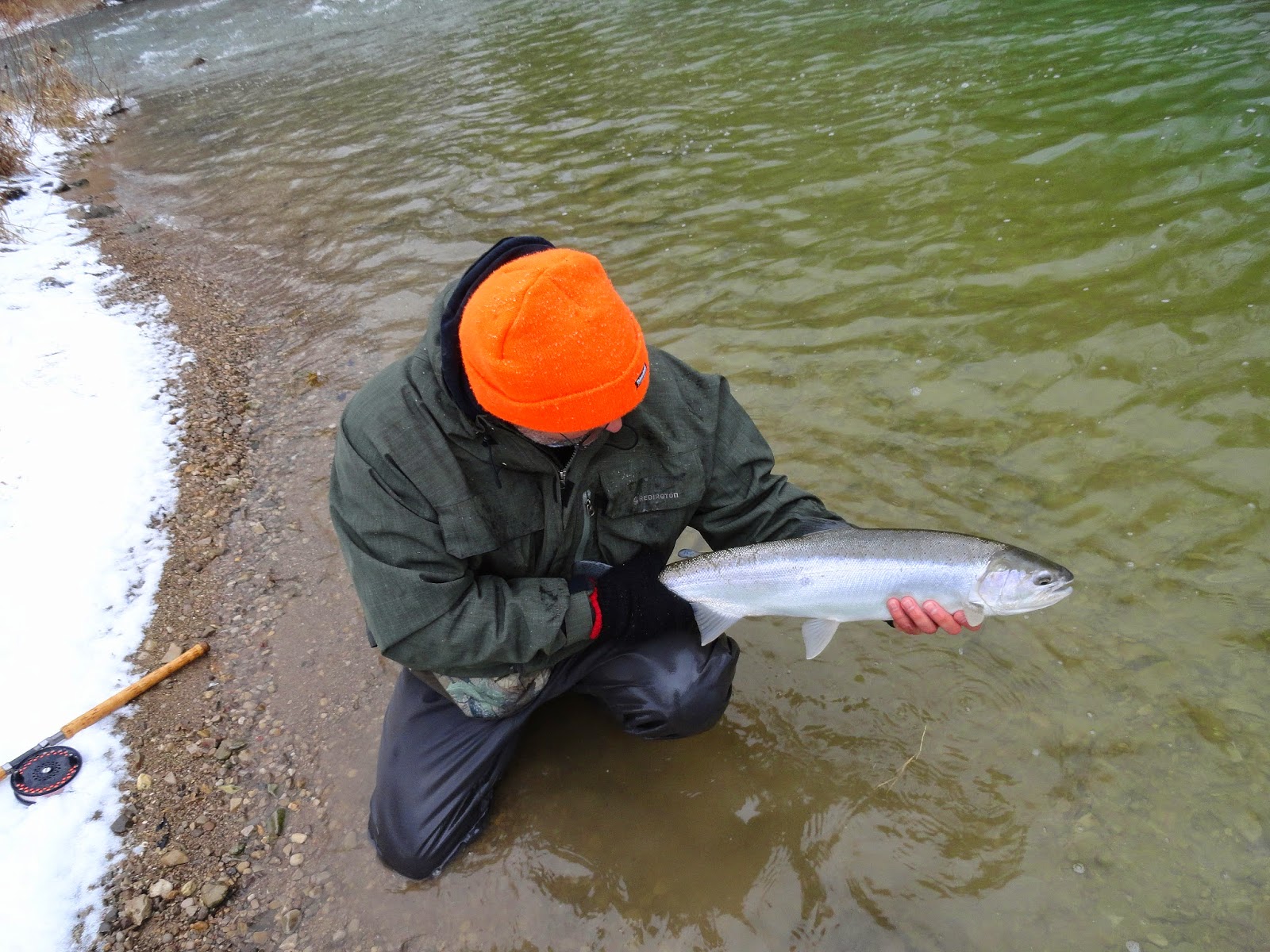 Pessimistic outlooks become contagious and the ability to save face dwindles exponentially after each failure.  Just when it all seemed to be for not a mild spell accompanied by rain hit the forecast for the Great Lakes Region.  A quick thaw and decent bump ensued and a flicker of hope shone on the horizon.  If it were to happen it seemed as though this may finally be the catalyst. 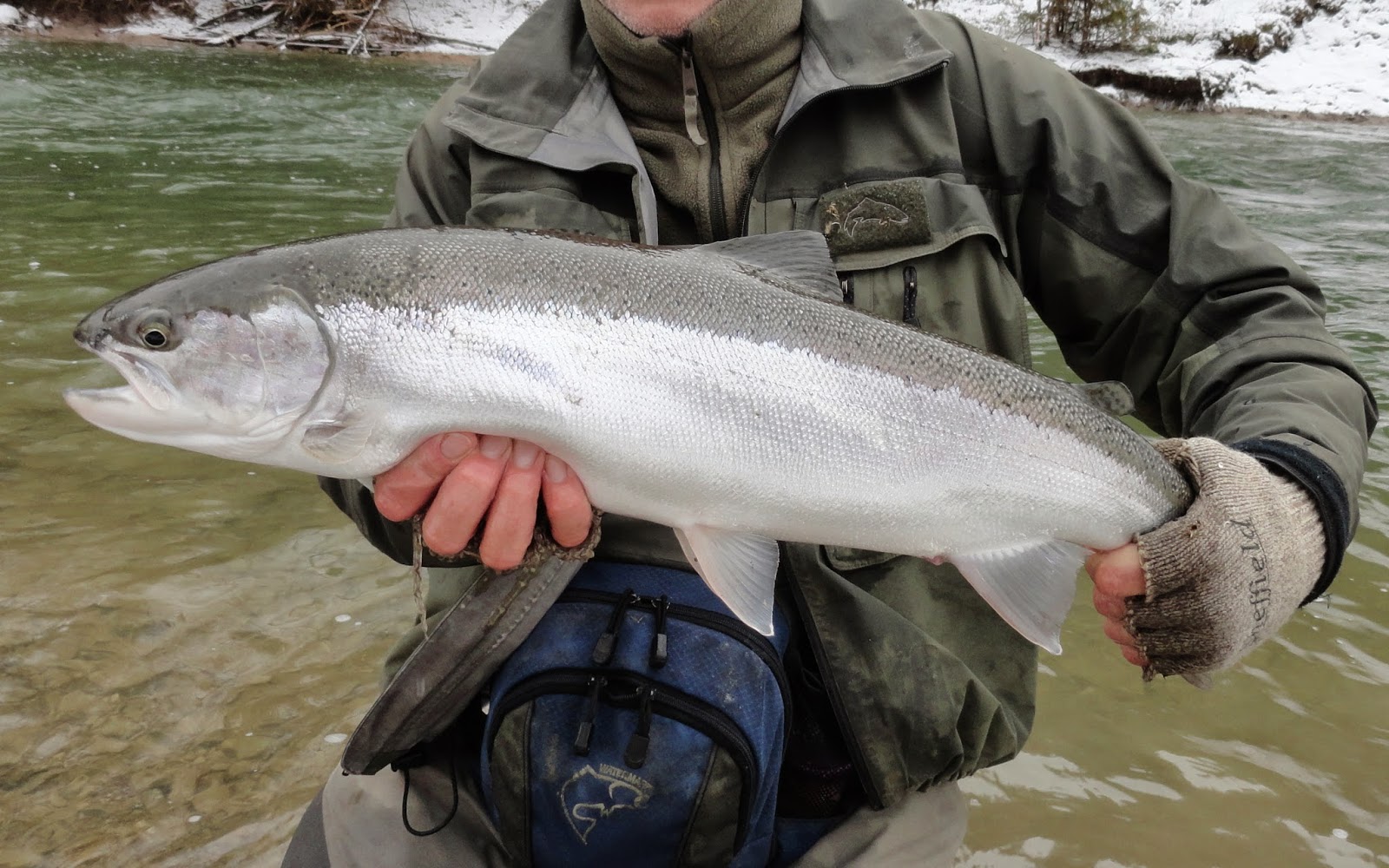 Schedules were rearranged and absences booked in order to arrive under optimum conditions.  Just when it all seemed like it wouldn’t come together it finally did.  It wasn’t epic by no means but certainly enough to restore our tattered confidence and once again reignite an almost dwindled flame. 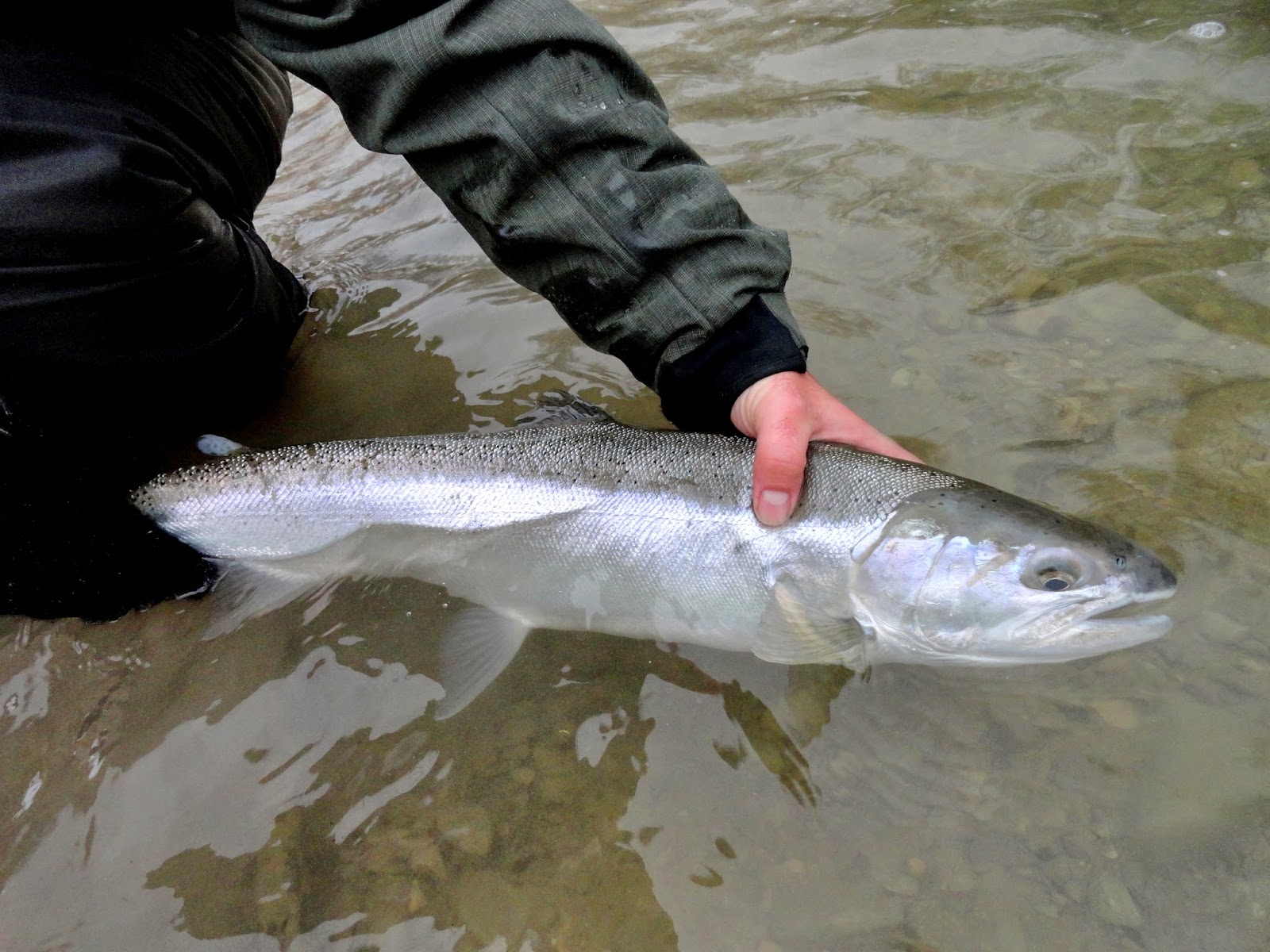 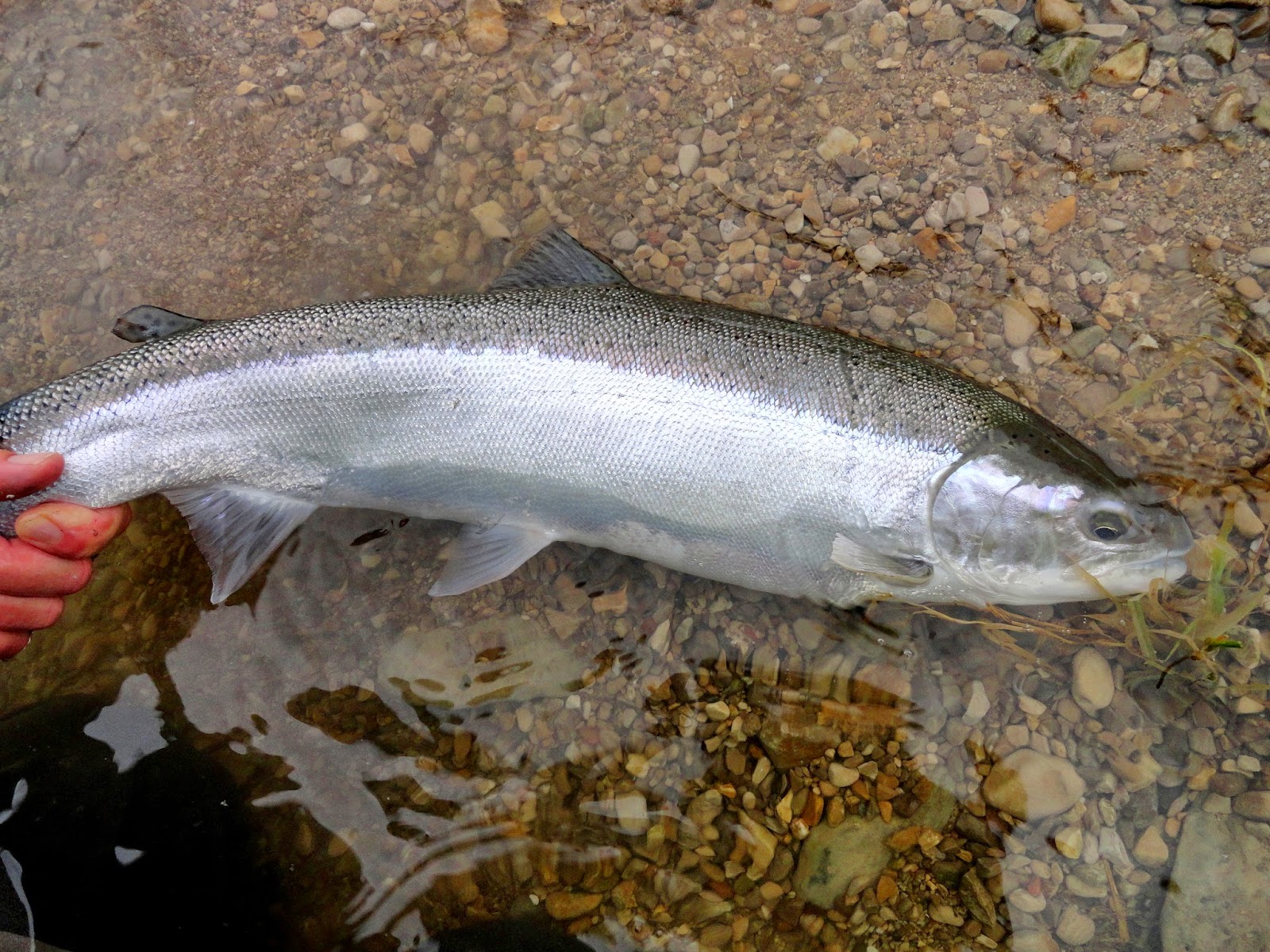 Enough cannot be said about taking things for granted and this Season has repeatedly preached this leasson.


It sure felt nice to finally once again drift water knowing fish are present, willing, and able. It was as equally nice to see some brand new players in the system fresh from the lake. 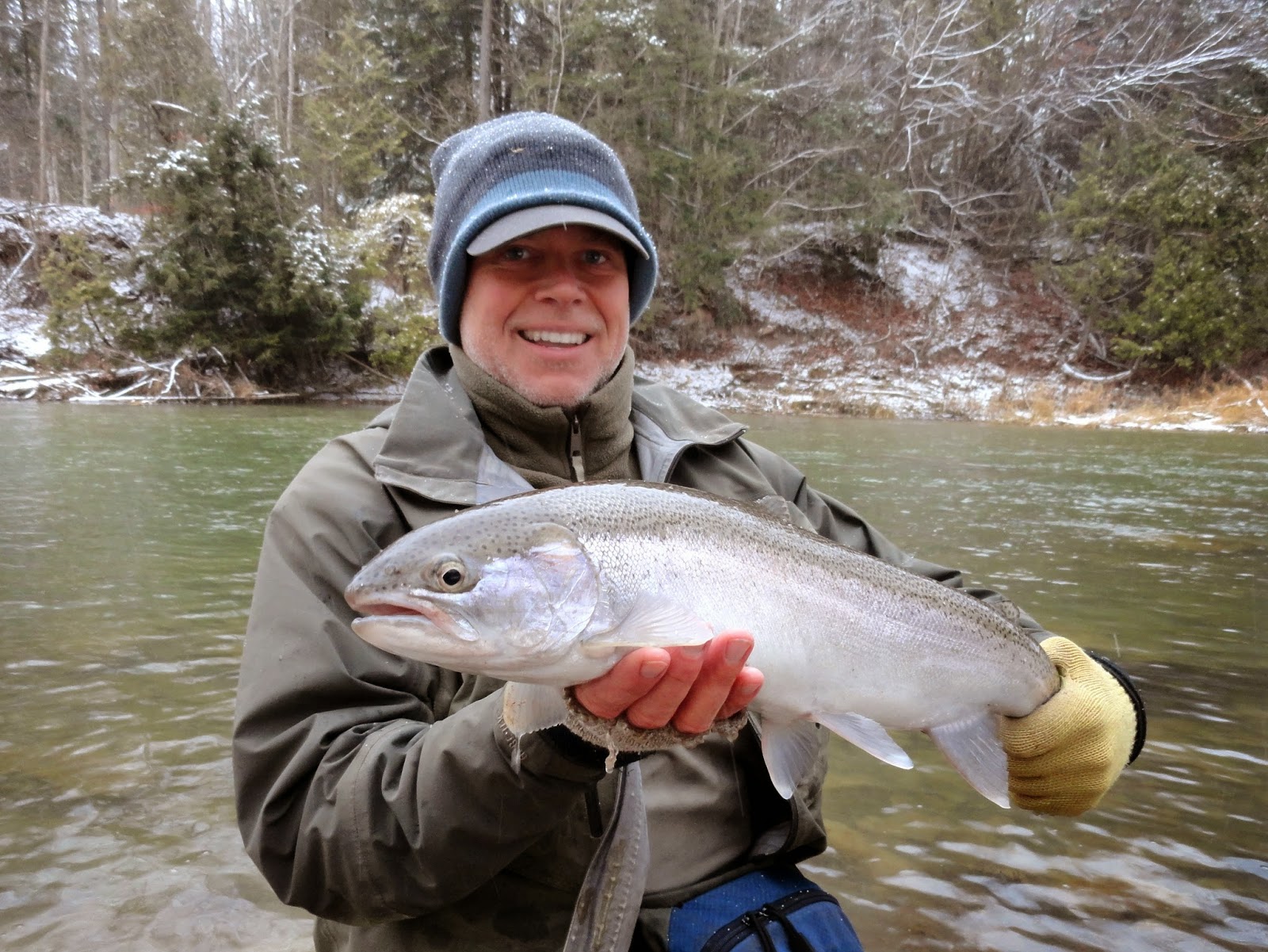 Perhaps this was a mere coincidence but I certainly hope it plays out equally across my typical haunts. 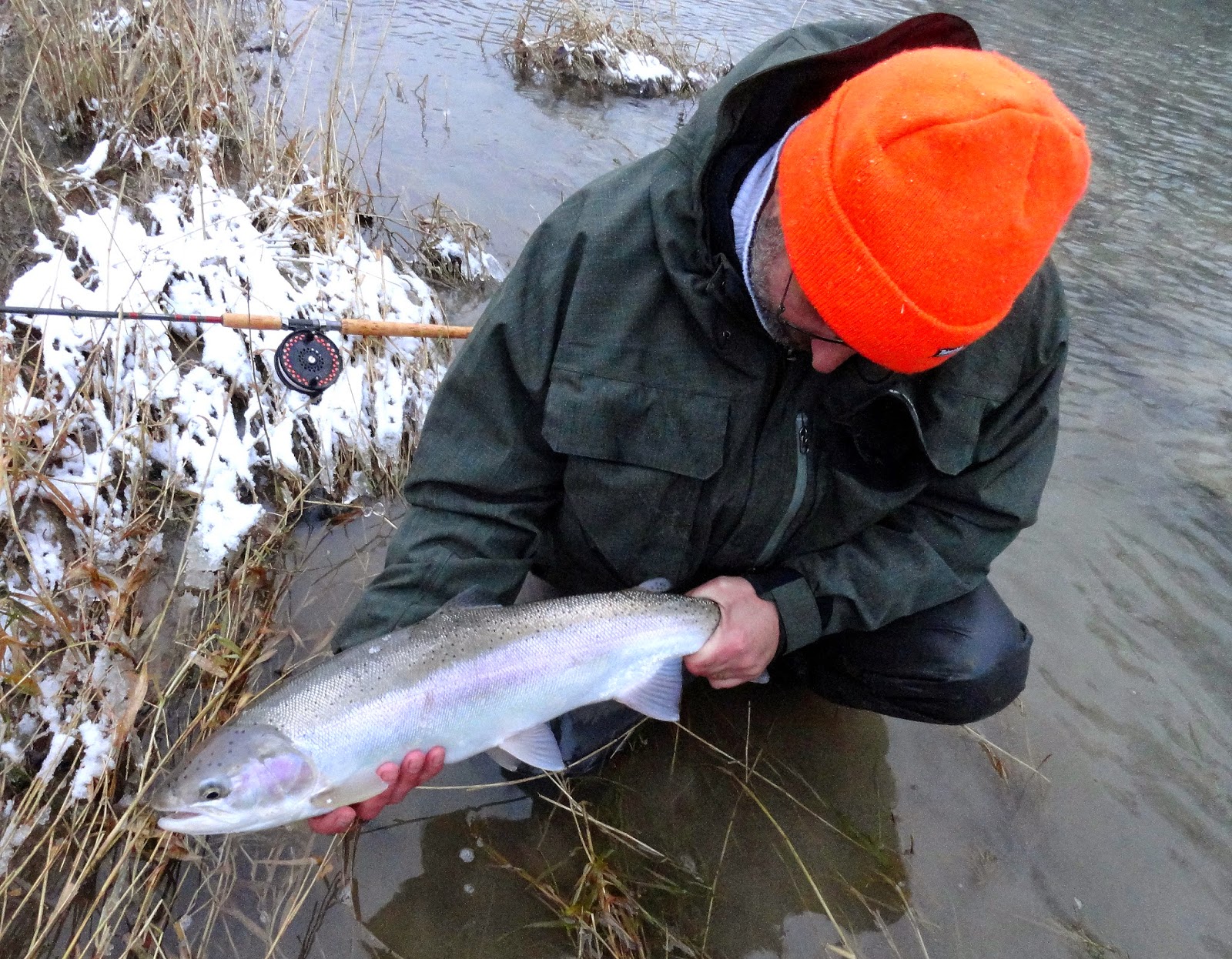 I plan to test this theory in the coming days over at the cabin in Michigan.
Posted by lambton at Monday, December 08, 2014 3 comments: